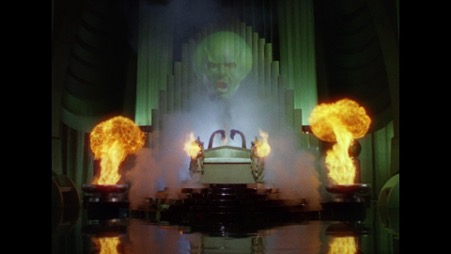 ‘We’re not in Kansas anymore’

Virtual hearings seem here to stay. So how can you help your experts adapt? The London Maritime Arbitrators Association (LMAA) has published some useful guidelines. We have a few additional suggestions.

In a recent case, one of our experts was supposed to give testimony in Houston. After much coronavirus-induced postponing, he was summoned. By this time, though, he was bobbing about on a drilling rig somewhere off the coast of Trinidad. ‘No problem,’ they said, ‘you can join virtually.’

He sat in a room on the rig, waiting his turn to be called. Suddenly, he was on. He testified and was cross-examined. And, as soon as he clicked ‘Leave Meeting’, he was back to his day job. Which all felt a little surreal, he reported, especially since this hearing was a hybrid, with many present in the courtroom.

In another Houston-based hearing, this time an arbitration, an expert of ours was in attendance and duly gave his evidence face-to-face. He felt he’d presented with authority under cross-examination. The other side’s expert, however, was beamed in on video.

The hearing room was equipped with a projector. As the giant screen unfolded from the ceiling, the expert loomed into view, literally head and shoulders above the rest. His answers filled the room, given extra weight by the Dolby surround sound. Everything may be larger in Texas, but this expert’s answers filled the room with an assertiveness only amplification can achieve.

Did his Panavision presence make any difference for the tribunal members’ technical understanding of the issues? We don’t know. But our expert certainly noted the unfair advantage technology bestowed. ‘In real life,’ he grumbled, ‘the guy doesn’t come across like that at all.’

In both cases, our expert felt discombobulated, each perceiving himself as the underdog. That’s natural enough as we all get used to the ‘new normal’ of virtual hearings. But there are risks both to being the virtual expert and to being the one upstaged by someone playing the Wizard of Oz. Our advice is to brief witnesses on the pitfalls of whichever scenario they’re facing so they have enough time to prepare themselves. Here are a couple of suggestions to keep your experts on their game.

The LMAA guidelines encourage witnesses to familiarize themselves with the technology in advance and be prepared with electronic document bundles. They’re also clear on who should be in the room, rules on recording, and tips for distractions, such as barking dogs. While thorough and sensible, the guidelines don’t speak to an expert feeling disconnected from the courtroom.

In a semi-virtual hearing, nerves can surface as they wait to ‘go on’, not quite sure when they’ll be called. The other risk is that they subconsciously don’t take the proceedings quite as seriously as they would in the flesh. Then, of course, there’s the risk of embarrassment. Testing the tech means they shouldn’t get morphed into an animal (‘I’m not a cat, judge’). But being told ‘you’re on mute’ can happen to anyone and undermines the feeling of expertise.

The greatest risk is that a video call feels like business as usual. Talking to an apparently friendly opposition lawyer, it’s easy for witnesses to fall into a conversational style and forget they’re actually being interrogated. Help them prepare for this and keep their guard up. Finally, to come across as authoritative, they should speak clearly, speak less, and minimise um/ahh fluff language. These are good tips for ‘in the room’, too, but they get magnified onscreen.

When in the room…

What are the benefits of being the expert in the room when others are attending virtually? For one, they can read body language and see the glances that pass among the opposition. Also, while there’s always the initial adrenaline rush of being in a courtroom-style situation, most experts report a feeling of heightened alertness, like an actor doing live theatre.

But how to prevent the feeling of being upstaged by a larger-than-life counterpart? It depends on the context, of course. But dialling it down, rather than trying to compete, may be sensible. A heightened sense of calm composure, and a raised eyebrow here and there, can counter the booming bluster from the video screen.

Finally, while we think virtual hearings are a good thing—for the environment, for reducing costs, and for removing travel burdens on the participants—we believe that totally virtual attendance would level the playing field. Unfortunately, we don’t get to decide. So we’ll all just prepare as best we can. Unlike Dorothy’s friends in Oz, though, we can remind ourselves we all have a heart, a brain…and courage.