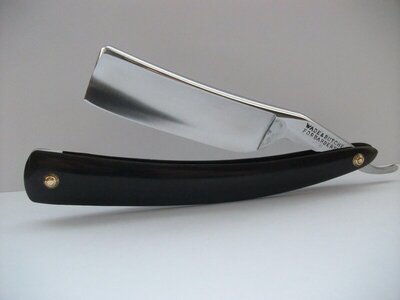 At the end of the 1960s, the US Navy auctioned a WWII submarine for scrap at its Key West base.

The successful bidder was rumoured to be the Gillette Razor company, fuelling the myth that when old ships go to die, they come back as razorblades.

Three recent news items brought this to mind. First, the UK’s GMB union called for retired North Sea rigs and platforms to be broken up at UK-based facilities, not towed abroad. Second, in a presentation to OGUK, the chief executive of CessCon warned ‘that a potential “bottleneck” could emerge for onshore dismantling over the coming years as North Sea decommissioning ramps up’. Third, Ardersier, the long-defunct fabrication yard near Inverness, is to start up again as a manufacturing and assembly base repurposing drilling rigs into floating wind turbines.

When Oil & Gas field development and production, as well as offshore-wind projects and retired asset decommissioning jobs all need access to the same assets, demand will soon outstrip supply. Nice for the suppliers of such services in the UK, but a real challenge for project owners. We think supply chain issues will spread further, affecting all offshore-related energy operations. But they’re not the only challenge.

When it comes to decommissioning, risks abound, especially on the ESG front. In 1995, the Brent Spar platform became a major headache for its owner after its planned disposal in the depths of the ocean. But mention sending geriatric assets abroad for breaking up and many will picture rusting hulks on sun-drenched beaches, picked apart by armies of flip-flop-wearing workers. That’s not responsible recycling, nor is it entirely accurate. But, like ‘razorblades’, myths endure.

Towing ‘dead’ rigs to their destination carries additional risks. You may remember the images a few years ago of a drilling rig dashed on the rocks in the pristine inshore waters of a Scottish island, en route from Norway to Turkey for dismantling. The seller hadn’t seen any need to paint over its corporate livery, which meant the stricken rig had the company’s name plastered all over it. Guess who had to pay for the recovery, even though they apparently no longer even owned the asset?

Things can get hairy

Decommissioning projects may not be as sexy as new flagship investments, but executives will do well to ensure they have mandated proper risk appraisals. With such activity scaling up, bottlenecks in the supply chain will increase costs, pressure will build on the asset owners, and sooner or later something will break.

When such risks materialize, they cause reputational damage several orders of magnitude larger than any costs associated with mitigating them. Do it right, though, and the good PR practically writes itself.

TAQA, the Abu Dhabi-owners of the Brae Bravo, now being decommissioned, has set itself a recycling target of 95%. According to Energy Voice, some of the 36,000 tons of steel removed from the platform has already been used to ‘make belts, bags, cufflinks and even dog collars’. Imagine your hound strutting around with studs of Brae Bravo. Now that’s an even better story than ‘the best a man can get’.